The Lower-power alternative to WIFI - using Bluetooth Internet made our Android phone battery charge last up to 26% longer than WIFI in our test! see our battery test results

If you ever used ‘Bluetooth Internet Tethering’ - this is essentially the same but instead of mobile internet, EcoDroidLink uses your home/office Internet router as the internet source (via a LAN cable), providing internet to Android phones and tablets (and even most laptop PCs, notebooks or Raspberry Pis) via Bluetooth. 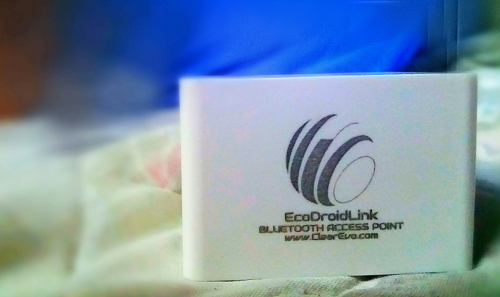 Use EcoDroidLink to provide Bluetooth Internet as an alternative to WIFI in your home or office (to very likely save more battery power on your Android phone or tablet!). Connect it using an ethernet cable (provided) to existing home or office internet modems/routers (it’s ok if the modem/router has WIFI).

See how it works

Watch the demo video using EcoDroidLink on a Nexus 5 phone:

Yes, Bluetooth is technically slower than WIFI - max downlink speed we tested is apx 1.7 Mbps but practically ‘responsive’ and fast-enough for most day-to-day use cases - as shown in above video. Personally we don’t notice much difference in web-browsing, Messaging or even Youtube (unless you go beyond 720p video resolution).

*NOTE: NOT all Android devices are compatible with EcoDroidLink - it requires Bluetooth “Internet Access” usage capability - many phones based on Android 4.0 or newer have this capability but you need to test your device to make sure.

We’ll assemble the parts, test it (we normally do Youtube testing) and send you your EcoDroidLink unit via Air-mail - takes about 1-2 weeks to USA for example.

30-Day money-back guarantee! If EcoDroidLink doesn’t work for your target Android phones or tablets, you can email to [email protected] to discuss a solution or a refund - just mail the EcoDroidLink unit back to us and we can process a refund.

EcoDroidLink is open-source (free-software) released under the GNU GPL. You can study the source and README both inside the provided SD-Card (or “ssh” into the IP of the EcoDroidLink unit!) and also at the EcoDroidLink source code repository on Github.

Should likely work with most newer Android phones.

Below video shows the EcoDroidLink (current model) power up sequence - you should wait around 30 seconds until the Bluetooth dongle blinks:

Tested with Samsung Galaxy S6, S5, S3, Tab 2 (7.0), many Google Nexus phones, many Sony Xperia phones and more! Nothing to install, No need to root - EcoDroidLink uses a standard bluetooth profile/feature already there in many Android devices!*

Is my Android device Compatible with EcoDroidLink? How to test?

EcoDroidLink is just a wireless “Access Point”, it needs to be connected to your home/office’s “Router” or “Modem” via an ethernet cable. Normal ADSL/WIFI routers which are connected to your Internet Service Provider would most probably work (it just requires DHCP - the common/default auto IP assignment used with WIFI).

We’re just a humble team of two brothers trying to develop and support a great product. It would be nice to recieve your suggestions, questions and comments, please kindly email to <support[AT]clearevo.com>.